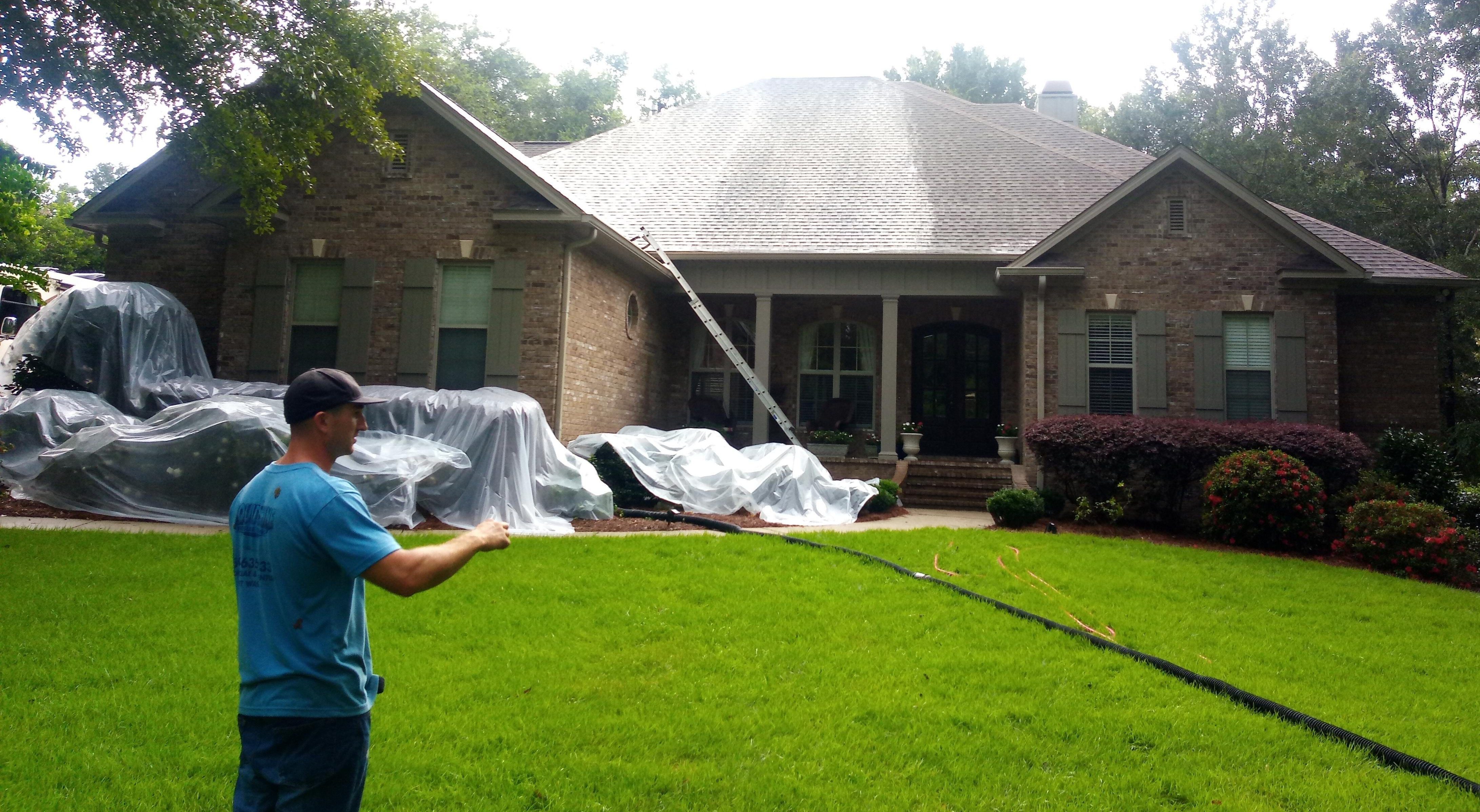 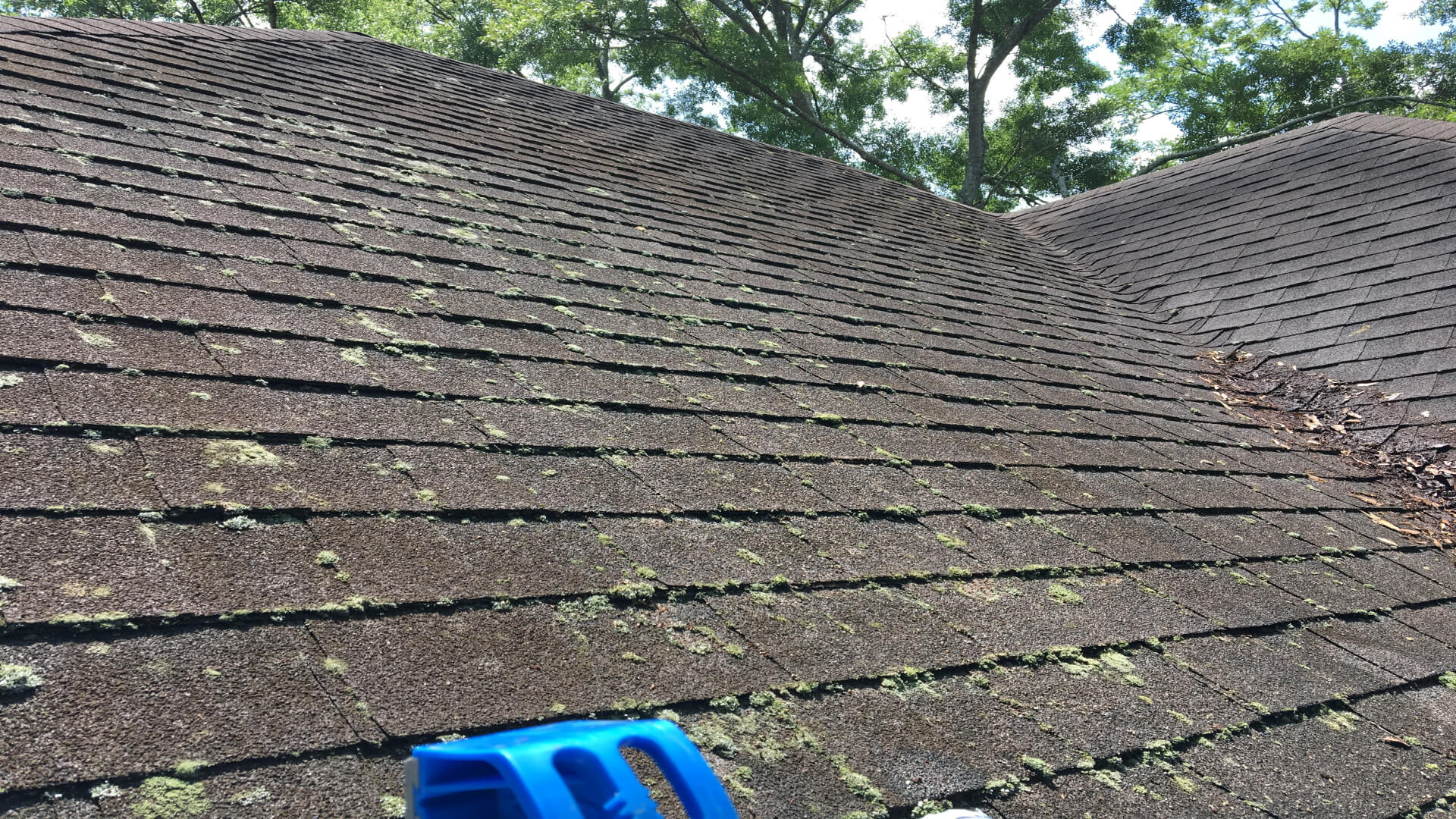 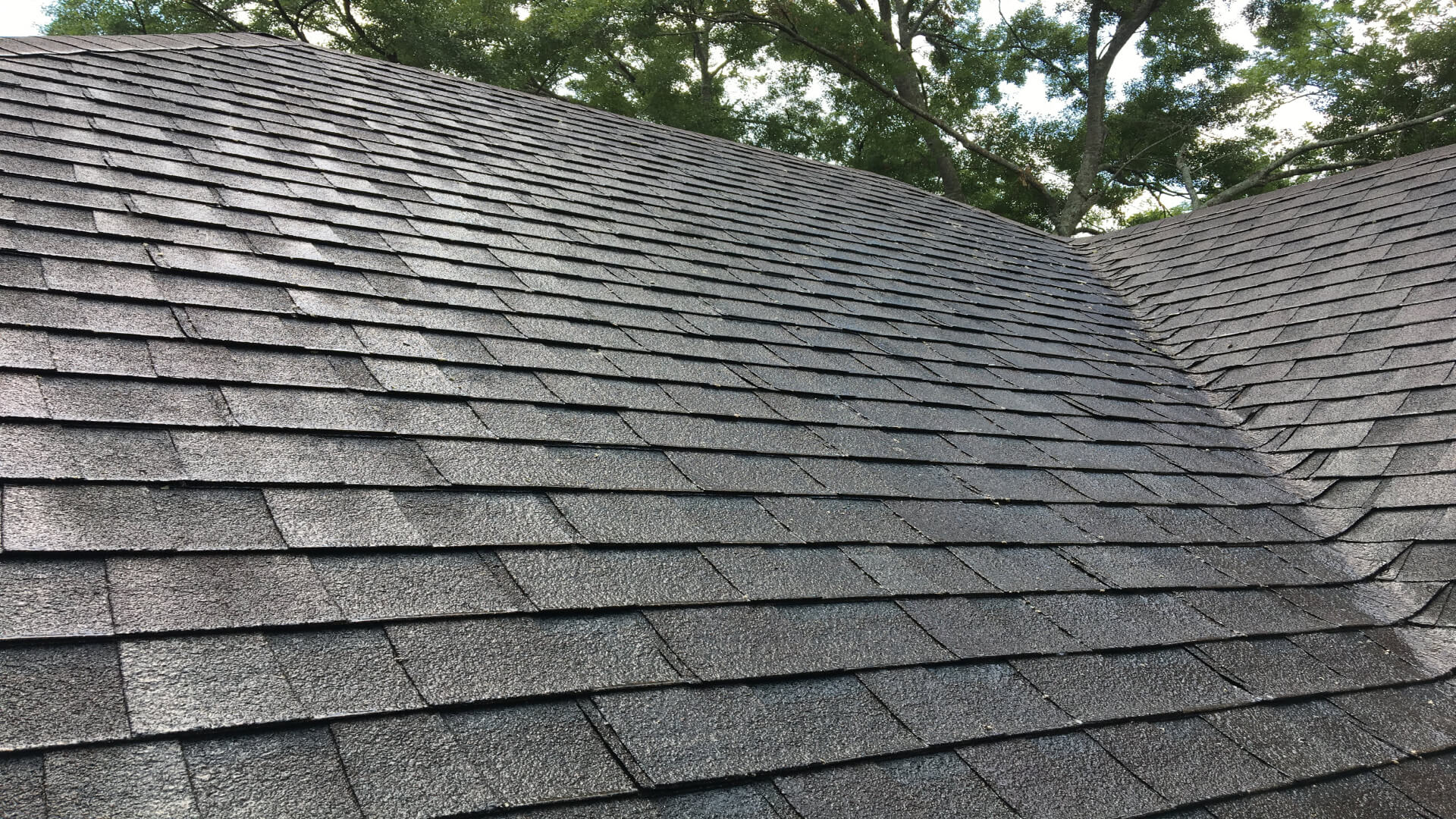 Extend your roof’s ability to continue functioning. Fungus and other types of build-up typically form on the areas that remain shaded and will reduce your roof’s life expectancy drastically. The presence of Gloeocapsa Magma , dirt buildup, or specific fungus will affect how much sunlight is being absorbed by your roof and that affects the amount of heat your home absorbs. Roof cleaning is an excellent choice for extending the lifespan of your home’s roof. If you leave it untreated, your shingles will accumulate more fungus growth and therefore retain excess moisture, which will cause roof deterioration. Liquid Shine Pressure Washing knows the best method for cleaning your roof, with our specialized equipment and knowledge, Liquid Shine can extend the life of your roof! 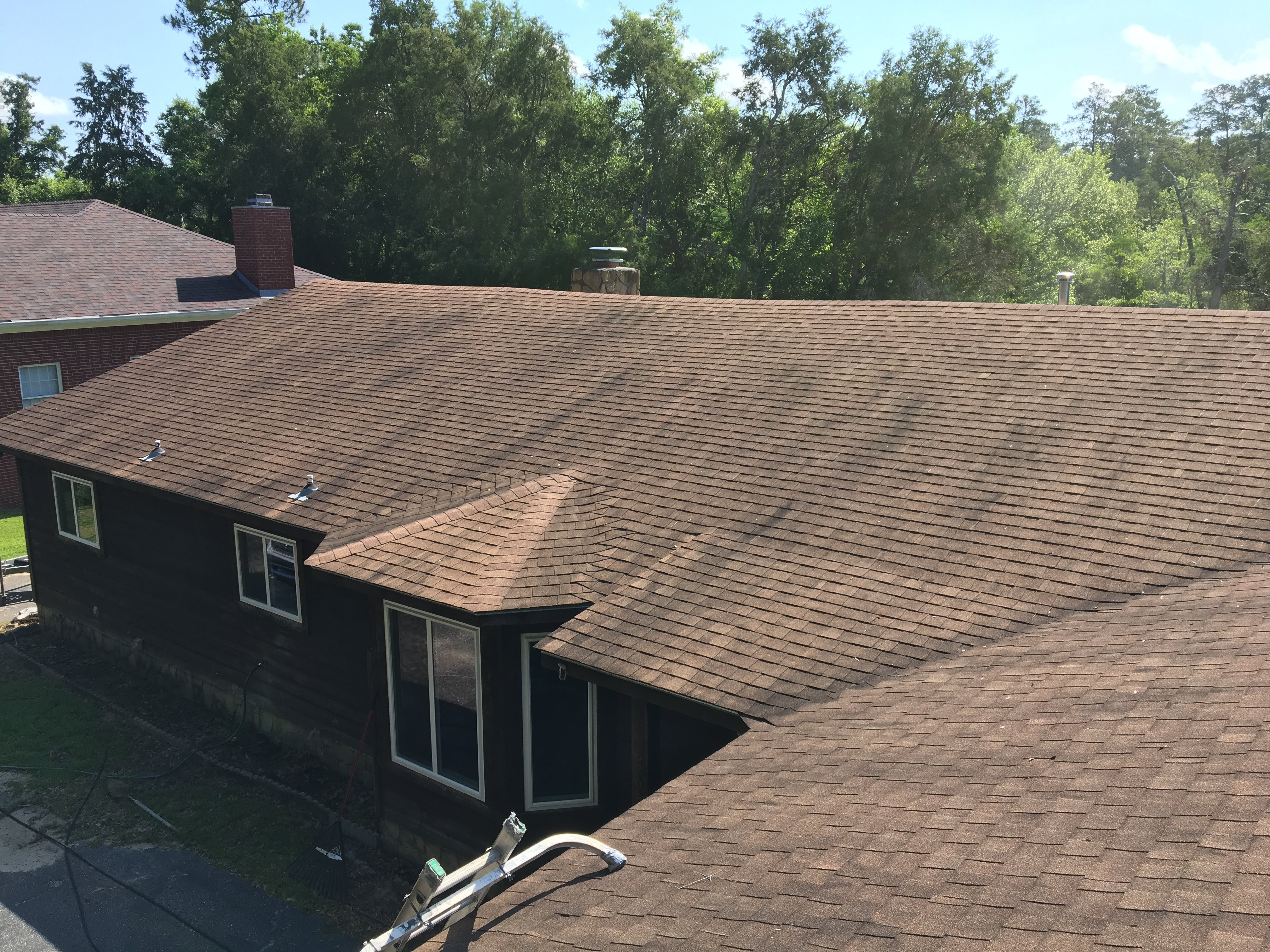 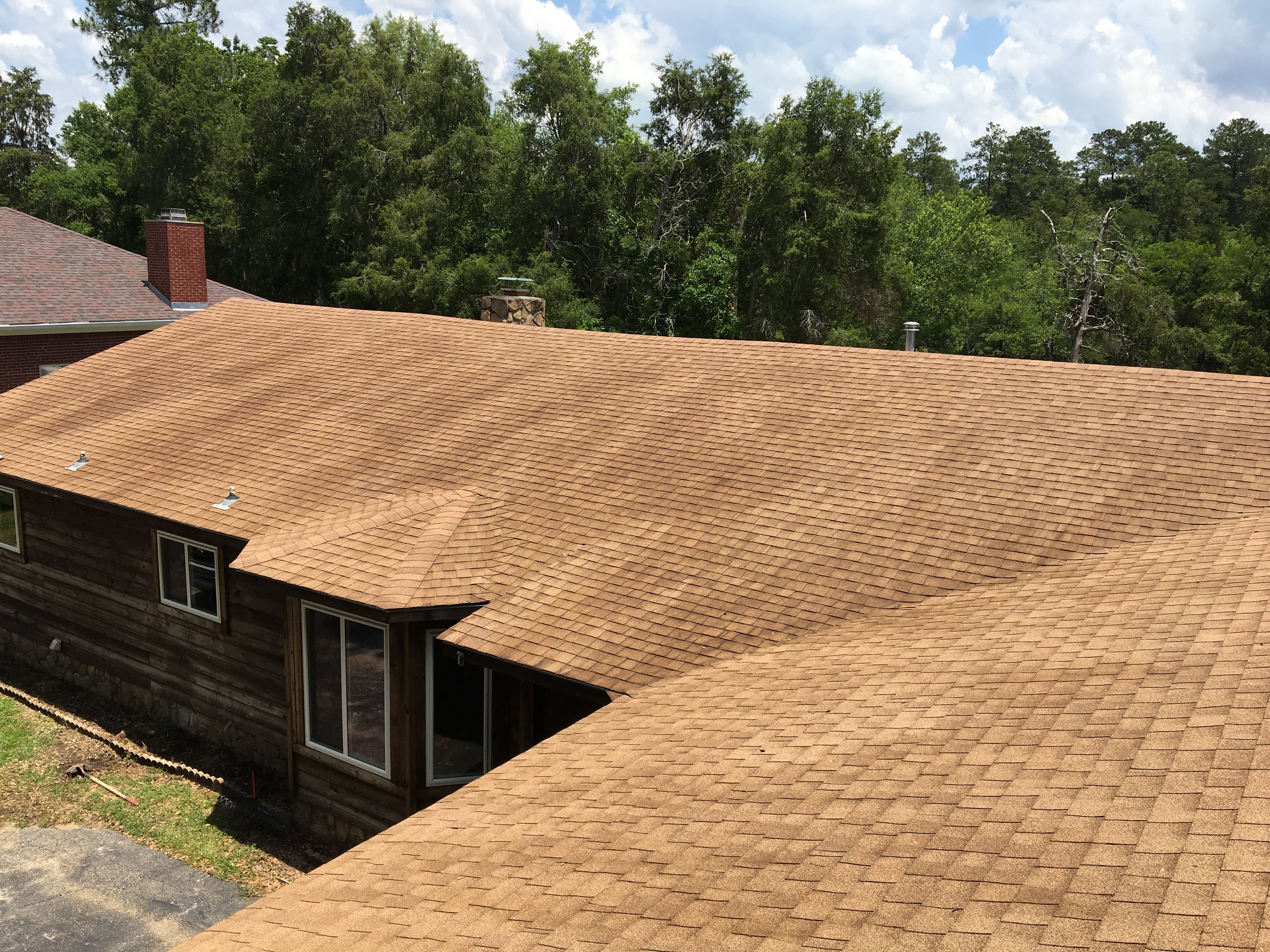 Roof Cleaning by Liquid Shine Pressure Washing When done correctly, softwash roof cleaning will not damage your landscaping. We know that you take pride in your lawn and surrounding vegetation. Our tried and true process will only add value to your property without damage to your plant life. We use our proprietary algicidal solution to gently remove Gloeocapsa magma roof stains, moss, lichen, and other organisms that thrive on your roof. Our softwash system is specifically designed to be under 100 PSI. The softwash process relies on the cleaning solution to do the work, not high pressure. 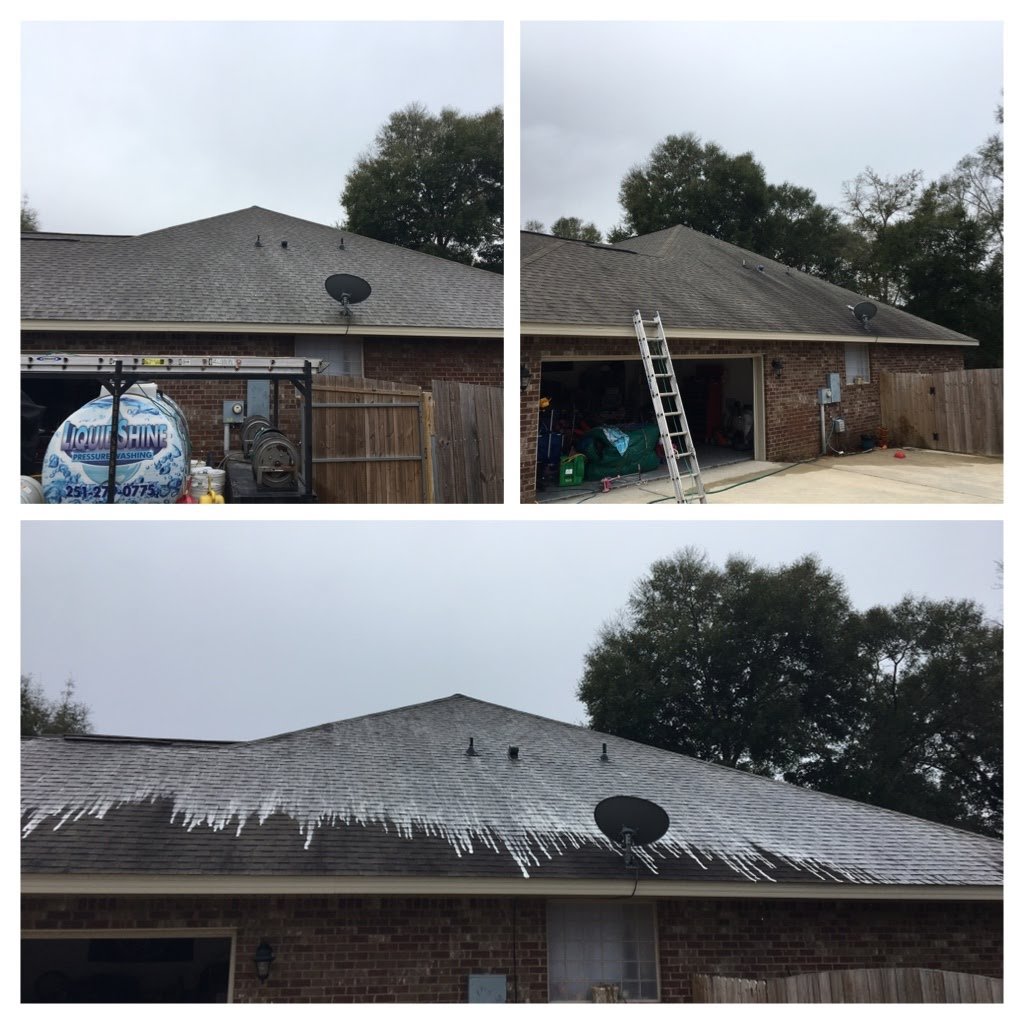 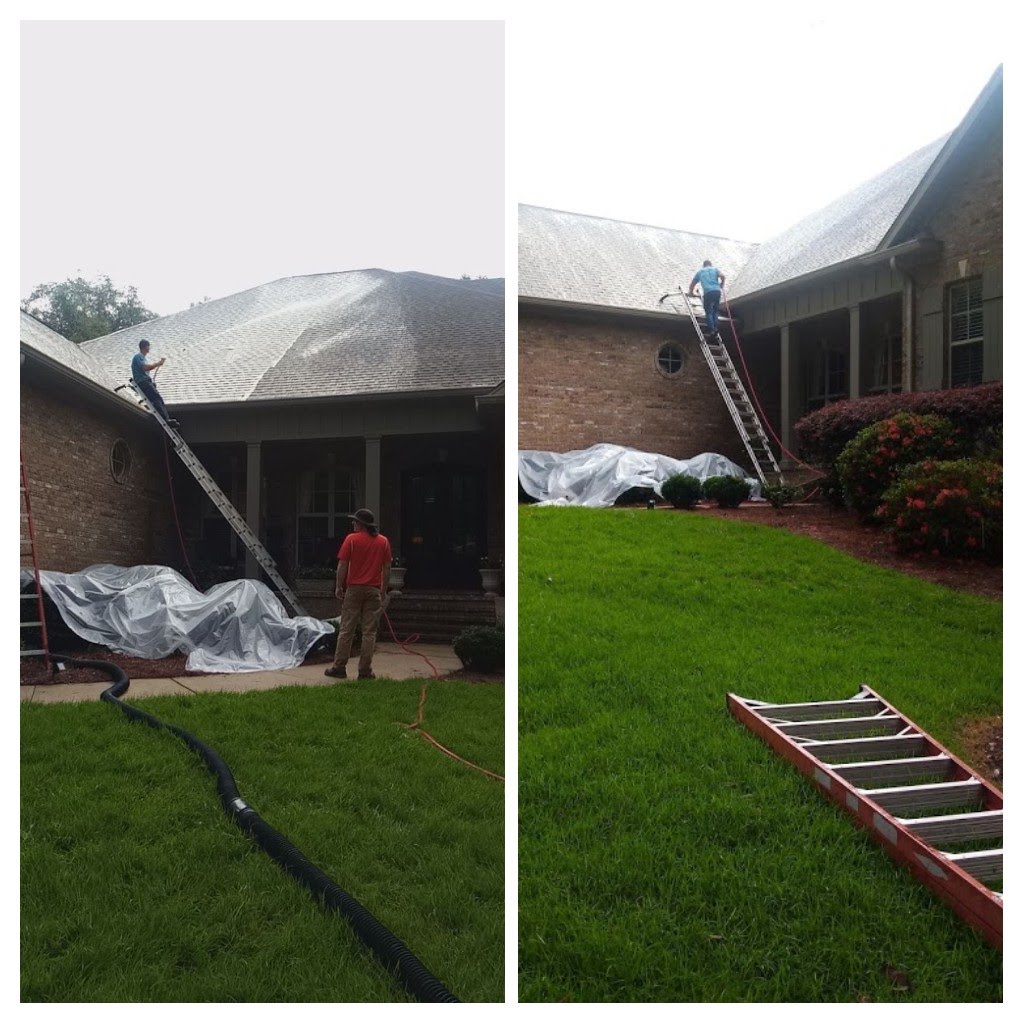 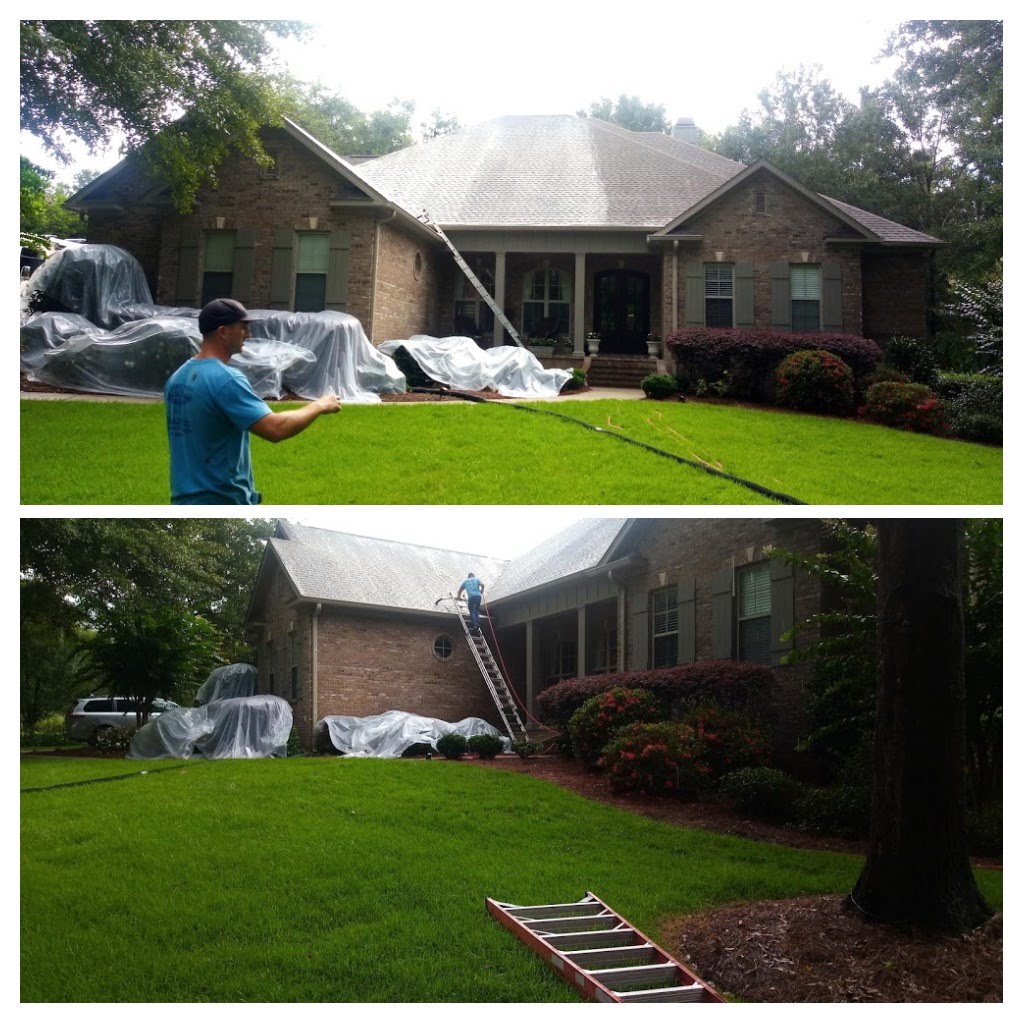 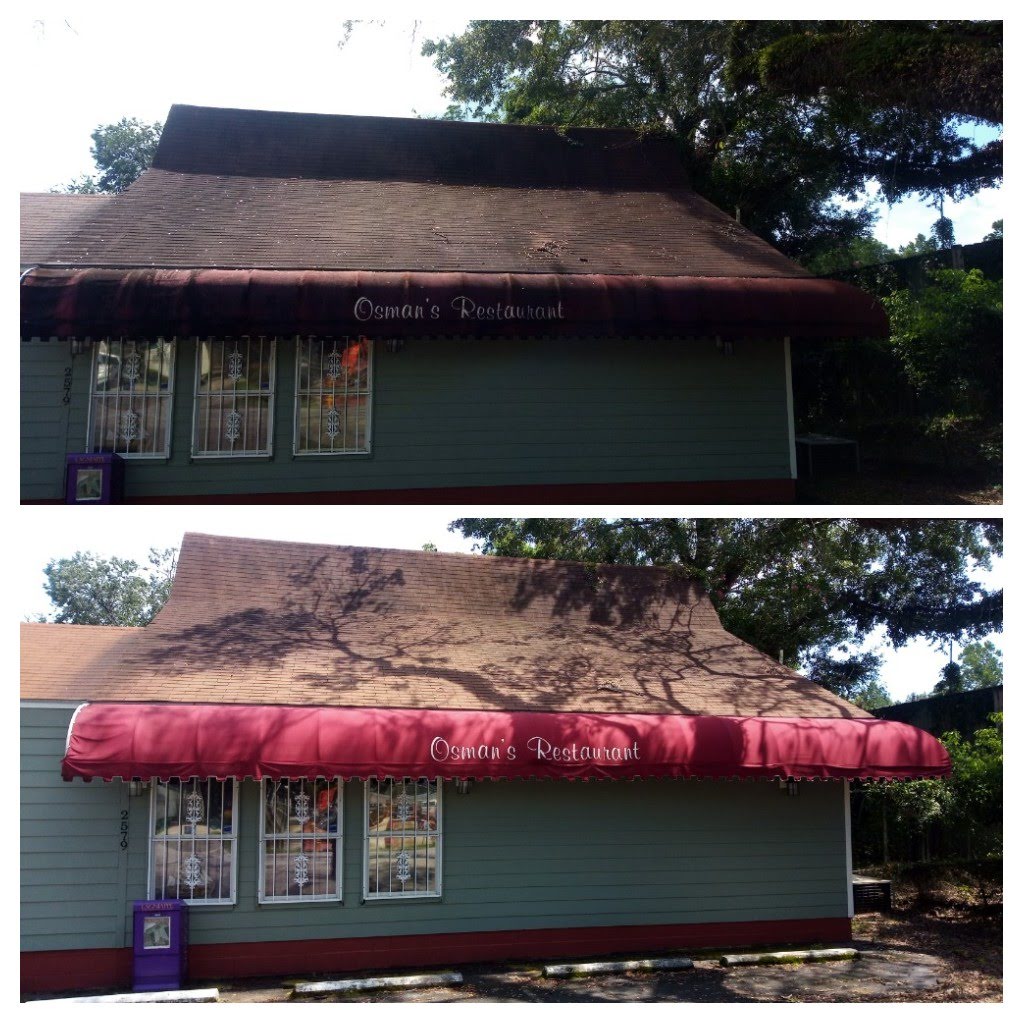 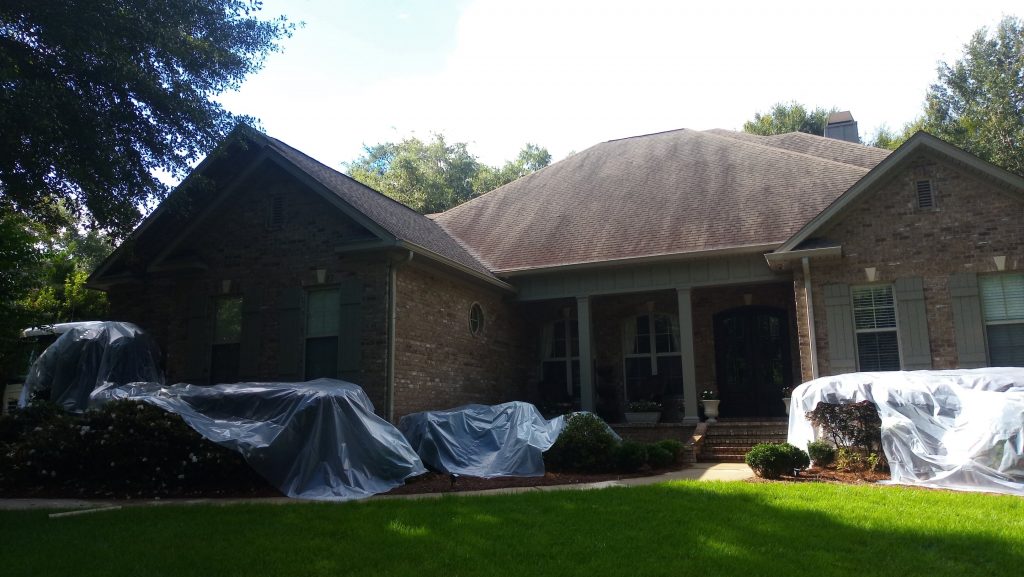 Roof cleaning is the process of removing algae, mold, mildew, lichen and moss from roofs. Soft washing is a cleaning method using low pressure and dialed solutions to safely remove mildew, bacteria, algae and other organic stains from roofs and other building exteriors. Soft washing is different from Pressure Washing. Liquid Shine Pressure Washing is owned and operated by Tyler, he, and only he is trusted to dial these machines in to correctly demonstrate to the capabilities of the equipment. Gloeocapsa Magma is the true culprit that causes black streaks on roofs and surfaces. Other forms of microorganisms can be found in union with the bacteria, including mold, fungi, algae, mildew, lichen, and moss. The main culprit of most roof staining that causes prevalent black streaks is a bacterium called Gloeocapsa Magma. Many of the organisms that grow on a roof, including mildew, algae, bacteria, moss, lichen, and fungi, copulate in the warm, moist environment created by a roof. This especially being the case in our location in Southern Alabama!

Do your shingles have unsightly black streaks forming over time? This process will continue based on the amount of rain and moisture the area receives as well as a lack of sunlight to dry the moisture regularly. This is a naturally occurring process in which algae dies back and allows for constant mildew reformation. Over time, causing damage to your shingles, taking years off the life of your roof!

Softwashing is the best method to removing the organic matter from your roof without damaging the shingles. Liquid Shine provides to of the line equipment and expertise to keep your roof looking great, and protecting the integrity of your shingles.

We're currently offline. Send us an email and we'll get back to you.

Type and press Enter to search